It's so frustrating to have so much trouble with such a basic biological process. Well-meaning people continuing to ask when we are going to have another child. S is almost 3, he'll be 3 next month. I want nothing more than to give him a sibling. My body is not making that happen. This was my 5th round of clomid and it seemed so promising. Beautiful signs and tests, but unfortunately it didn't work. I'm so sad.
Posted by Valarie at 6:08 PM No comments:

Little baby Violette is doing awesome. Got to see some practice breathing and baby is confirmed head down! Measuring great, has adorable hiccups about once a day. I am 35 weeks now. Tuesday will be 36.

I had pain that I thought was hemorrhoids, and it started getting worse about a week ago. Now the rest of this will be pretty TMI, so if that kind of thing bothers you, you should stop reading now.

I had an anal abscess. They think it was a hemorrhoid that got infected. It was pretty large, bigger than a golf ball, and it was internal- but you could feel it from my butt cheek. About 3 days ago it got to the point where I could barely sit down. I asked Kyle to take a look for me (that's love, right?) and when he pushed on the bump puss came out of my anus. We decided that it would obviously be a good idea to go get it checked out since that isn't supposed to happen. Went to the walk in clinic, and they called a surgeon to consult. It was off to the ER.

Got to the ER and they took a look and said I needed IV antibiotics and to be admitted. Went in to the hospital around noon, and had surgery at 7pm that night. They had to go in and put in a drainage tube and flush out the bacteria. Doctor said that it was staph, but they didn't say MRSA (pretty sure I would still be in the hospital if it was MRSA).

I go in next week to have the tube removed. I'm on oral antibiotics and pain medication right now.

Things are going great so far! Baby is measuring perfect, and I am super excited. Today I am 27 weeks 6 days. I can't believe how fast things are going. Pregnancy still seems to be helping keep my PCOS symptoms at bay (other than hair growth), which rocks.

We will be cloth diapering and co-sleeping. I will also breastfeed. These are the choices that work best for us.

I am a little worried about breastfeeding influencing my fertility once we want to try again; I know that I need to give my body time to recover from child birth, but the thought of it taking another 3 years once we start trying freaks me out. I know, I know, I'm getting a little ahead of myself, but PCOS makes things suck. I have no idea when to expect my menses post-partum with PCOS, or if I'll start ovulating again on my own or will need help. I guess we'll just play things by ear.

Now for some pictures! 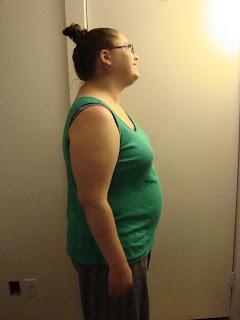 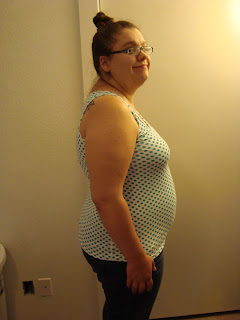 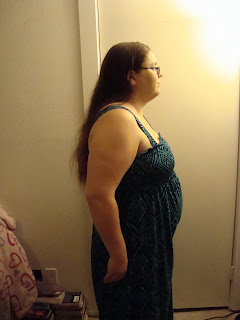 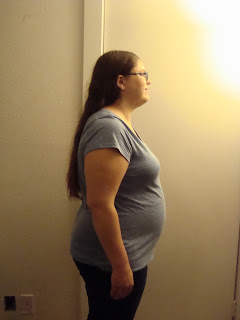 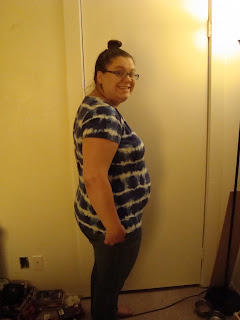 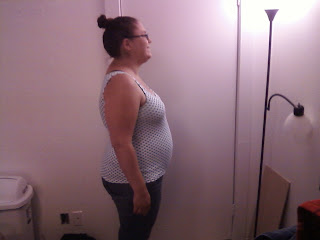 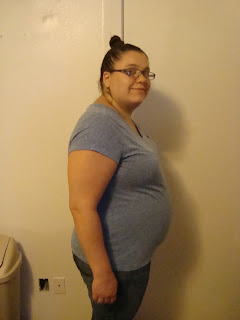 Some of our fluff stash: 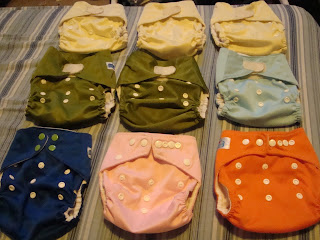 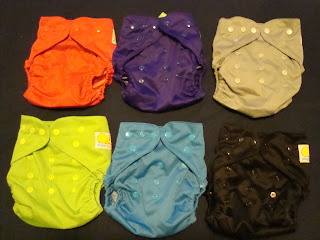 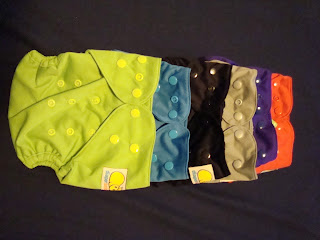 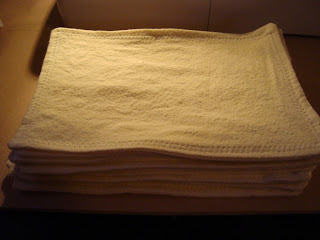 Some cloth wipes I made

Everything is going good. Baby looks great, and is measuring exactly at 19w3d. We are still set on not finding out gender until birth. Baby is 10 oz! Getting so big. 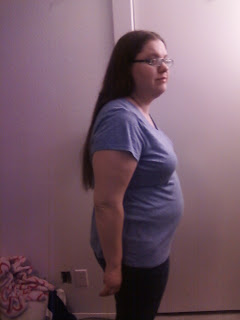 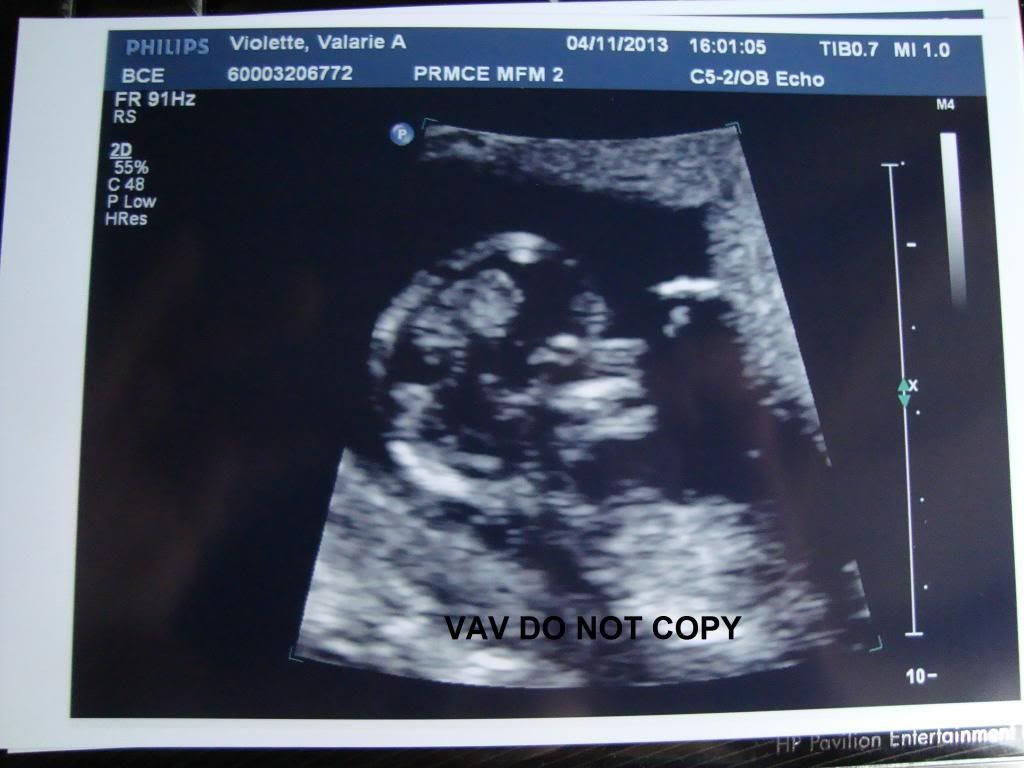 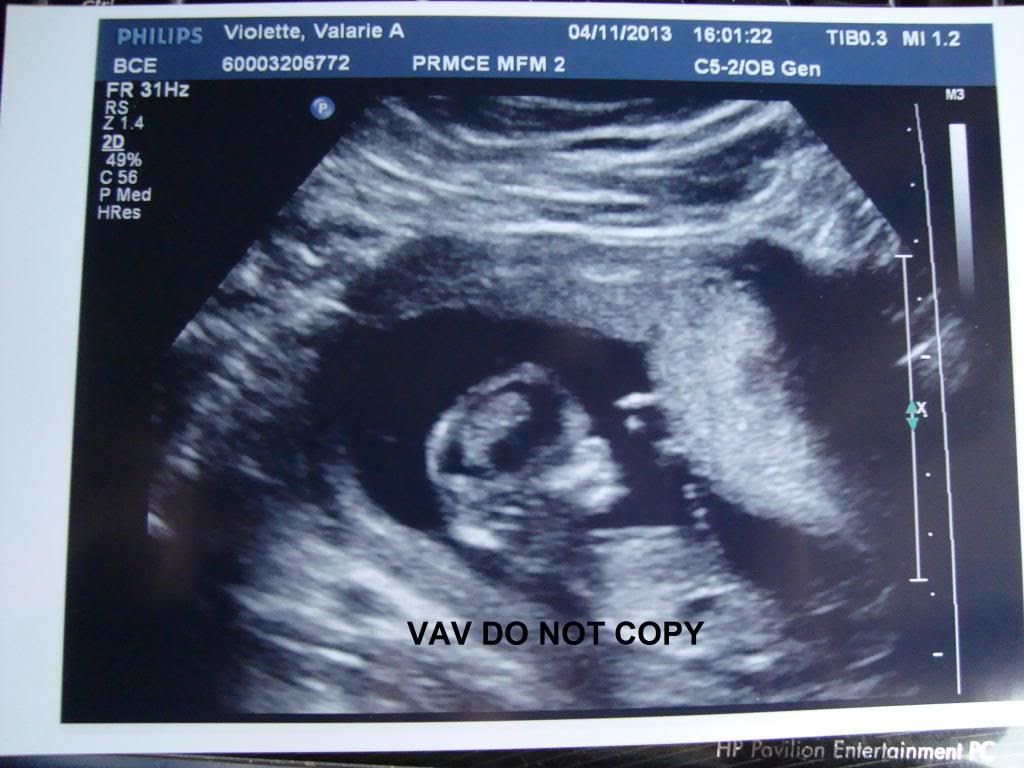 If you're my FB friend there are a couple more on there.

Baby did not want to cooperate, so we had about 30 minutes of scanning for the 13w NT scan.

19 week scan (we are not finding out gender): 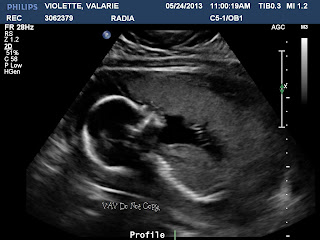 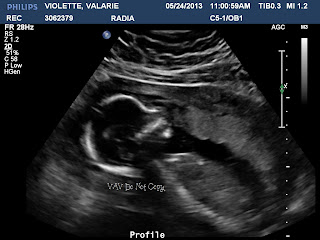 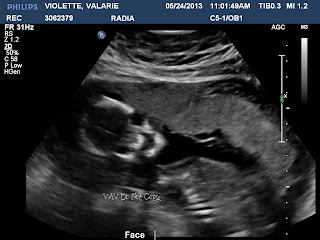 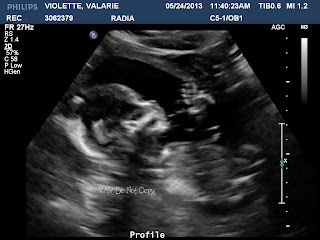 What seemed to work... What I was doing the cycle we got our BFP.

If you don't want to read a little TMI, I would skip this post. ;)

I had implantation bleeding and cramping. Told my RE that we would be good to go CD1 wise while we were sitting in her office on the 31st because of my cramping (thought AF was going to start). This next cycle was going to be a medicated and monitored IUI with Femara and trigger shot. My cramping started on the 28th. I also had some light spotting. Never enough for a pad, only when I was wiping.

Supplements I was taking:

This multi-vite (was a packet, had 4/5 different pills in it). It was the Safeway Care Women's Daily Pack if that link stops working for some reason.

We also used Instead Softcups after intercourse. I tried using OPK's but they did not want to give me a good line, regardless of the brand I used.

I did also have a HSG this cycle.
Posted by Valarie at 6:44 PM 2 comments: 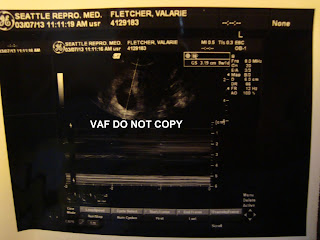 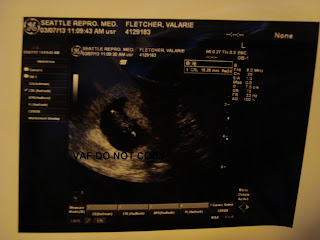 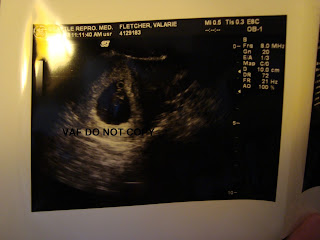 These were taken on 7 March 2013. It looks like the hematoma resolved itself, which is awesome news. Heartbeat was 197.

Heard the heartbeat the other day at my midwife appointment. It was in the 160's (I was 11 weeks + a few days).

I am going to Cascade Midwives & Birth Center for my prenatal care.

I have to say, I am so happy with SRM. They are AMAZING and did everything they could do reassure us. I recommend them completely.

I am now 12 weeks (well, depending on what you go by I am either 11w6d, 12w, or 12w and a few days). We announced on facebook today, which is why you will see post dated blog posts. You're not crazy, they weren't there before. They just popped up today. It's been killing me not to share!

It even confuses the FF software! What the hell is this:

SO AWESOME. Yay for random fertile days that aren't really fertile days, but they think it's a fertile day because if I was normal then it would be a fertile day, but I'm not so HA!
Posted by Valarie at 11:13 AM 2 comments: